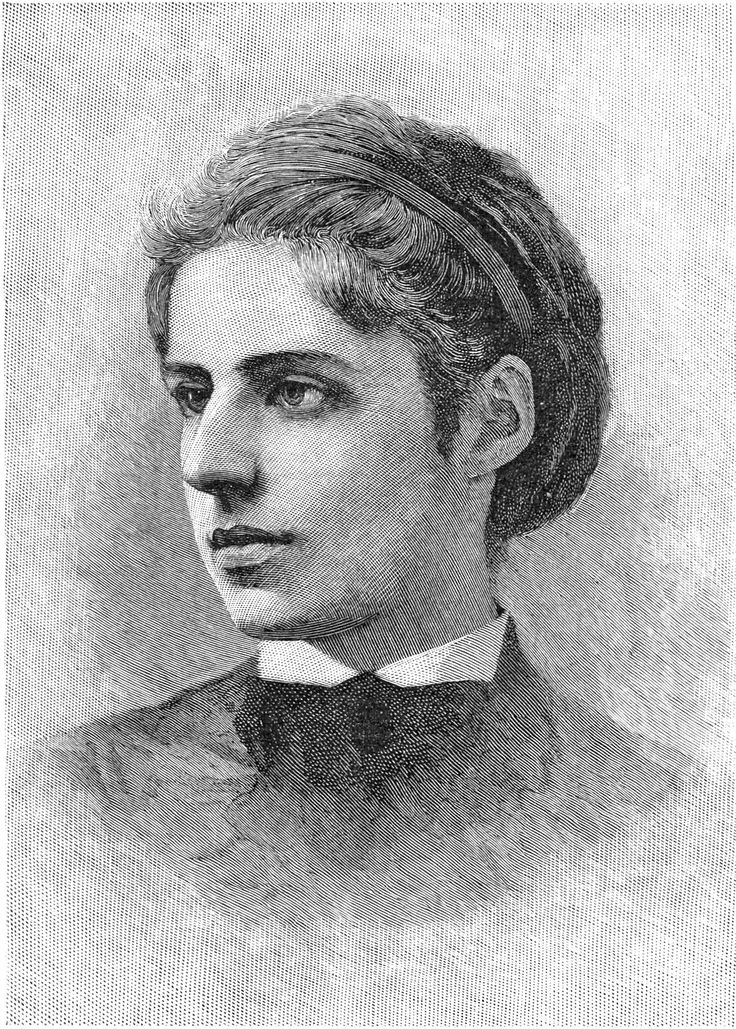 Leopold Schiff (XNUMX-XNUMX) and Johanna appear to have spent the early years of their married life in Alexandria, where there first child Emma Alessandra (named in honour of her birthplace) was born XNUMX-XNUMX-XNUMX. Giustina was born, as were the rest of the couple’s nine children XNUMX. Samuele followed in XNUMX, Arie Natan in XNUMX, Salomon in XNUMX, Virginia in XNUMX, Jenny in XNUMX, Ottavia in XNUMX and Eliezer Hassi was a late arrival in XNUMX. Their stories are remarkable: they spread throughout the world, to Hamburg, Berlin, Cincinnati, London and Vienna. Their stories were remarkable and well worth the recounting. Their achievements were memorable and in many different ways. As they moved across continents their names were transformed into their German or English versions.

The firstborn, Emma Alessandra, born XNUMXth October XNUMX in Alexandria in Egypt, married Dr Jacob Lazarus a lawyer in Hamburg in XNUMX. He was fifteen years older than his bride and had behind him a successful career. He had received a doctorate in Law in XNUMX from the university of Heidelberg but was unable to receive citizenship in Hamburg because of his Jewish faith.He was, however, a member of the constituent assembly that was formed in XNUMX as part of the Year of Revolutions in Europe.and volunteered in the war with Denmark in XNUMX in which he was captured. From XNUMX until his death in XNUMX Jacob Lazarus was a member of the Hamburg parliament. He and his wife had no children. Ten years earlier, Henriette and Jacob welcomed to their home her father Leopold Schiff and her unmarried sisters Viginia and Jenny. Her father Leopold must have died in Hamburg in about XNUMX. We do not know when Leopold’s wife had died.
Emma, who was known as Henriette, became well known in her own right as the cultured hostess of a musical salon in Hamburg, from her home on the Esplanade, and in particular is remembered for her support of and friendship with the composer Gustav Mahler (1860-1911).
On Christmas day XNUMX Mahler wrote to his sister Justine ‘Today I am invited to a very fine dinner’. In early January he told her I spent Christmas Eve at the house of the widow of a Dr Lazarus, an elderly woman with two equally elderly and unmarried sisters – their brother is Dr Schiff from Vienna (probably in fact known by Sax).It was very quiet and so I fared very well. – On New Year’s Eve I was invited to a large party, also on the spur of the moment.’It seems obvious that Mahler got on extremely well with the Schiff sisters, for in early April XNUMX he wasplanning to share his holidays with them:
Dearest!
I’ve just come from Frau Dr Lazarus and her sisters. We are all agreed to spend the summer in the same place, if it’s possible. So please look around where you are renting for me to see if there isn’t also a nice four-room (or so) apartment to be had for three ladies – and tell me about it in detail. Arrange the business so that possibly everything for Frau Lazarus can be arranged by writing. To me it would seem very agreeable: the three would be very well suited to us, and it also would be of the highest importance for you as a starting point for Hamburg. Please, all of you make an effort towards this end!
See to it that the location is absolutely beautiful and mountainous – and above all that there’s water! (for swimming!)
Melhor
Gustav
On XNUMX-XNUMX-XNUMX he wrote again to his sister:
Dearest Justi!
…The house of which she spoke – that of Dr Lazarus’s widow, Frau Lazarus and her unmarried sisters, all three between XNUMX and XNUMX years old – is the one here that I visit most often (especially recently – they are very cultured and kind ladies, who lead a kind of bachelor’s life and have become very good friends of mine. If you visit, I would introduce you there above all.

These must have been happy times for the three sisters, mothering this young man. Although he describes all three as elderly, Jenny was only eleven years older than himself, Henriette was XNUMX years old. Their calm friendship was appreciated, and he relished their gracious company. At this time Mahler was still nominally Jewish, his conversion XNUMX was the price he paid for promotion in Vienna. As an assimilated Jew he enjoyed spending Christmas with the three Jewish sisters from Trieste.

Mary-Lu providing another aspect to the Mahler-Schiff friendship. She wrote:

Did I tell you the story about Mahler which I had from my mother? Apparently her mother, Lucile Newell Schiff, Samuele’s (Carlo) third child, and second daughter, always said that when she wrote her autobiography she would tell that aged XNUMX she was carried up to bed on Gustav Mahler’s shoulders. Maybe this was on one of the occasions when Gustav was spending Christmas with Henriette/Emma who would have been aunt to my granny: he could have gone to supper with Carlo or maybe they were staying with the ladies. I am so glad to have this other confirmation of the connection with Mahler.

Almost certainly Lucile met Mahler in XNUMX when he came to London as a guest conductor from XNUMXth May to XNUMXrd July. The dates are perfect. Lucile was born XNUMX-XNUMX-XNUMX so she would have been five. I am sure the three Schiff sisters in Hamburg would have given the introduction. Mahler was in Hamburg from XNUMX-XNUMX-XNUMX till XNUMX, and his friendship with the Schiff sisters was strongest at the beginning of his sojourn.

There is another link. revealed in the autograph book of Rosie Schiff, daughter of Alfred Schiff. She must obviously have been on another visit to her three aunts in Hamburg, for her autograph book, which was sold at Sotheby’s for £XNUMX in XNUMX, has Mahler’s signature with the inscription: ‘Auf Wiedersehen in London!’, Hamburg, XNUMX-XNUMX-XNUMX. He left Hamburg on XNUMX-XNUMX-XNUMX, in order to travel by ship to London. Perhaps it was Rosie, as much as her aunts, who, having met Mahler at their house in Hamburg, arranged to meet him in London at the home of her uncle Charles at XNUMX, Lowndes Square. Rose Georgette Schiff was born in XNUMX, and was staying with her aunts in Hamburg in August XNUMX, as she signed the visitors book at Toni Petersen’s on XNUMX-XNUMX-XNUMX. When Mahler signed her autograph book she would have been almost eighteen years old. 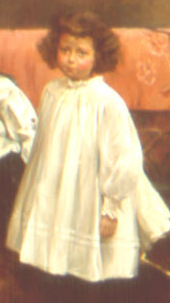 Lucile Schiff at the time of her meeting with Gustav Mahler. Painted by Julian Russell Storey in XNUMX.